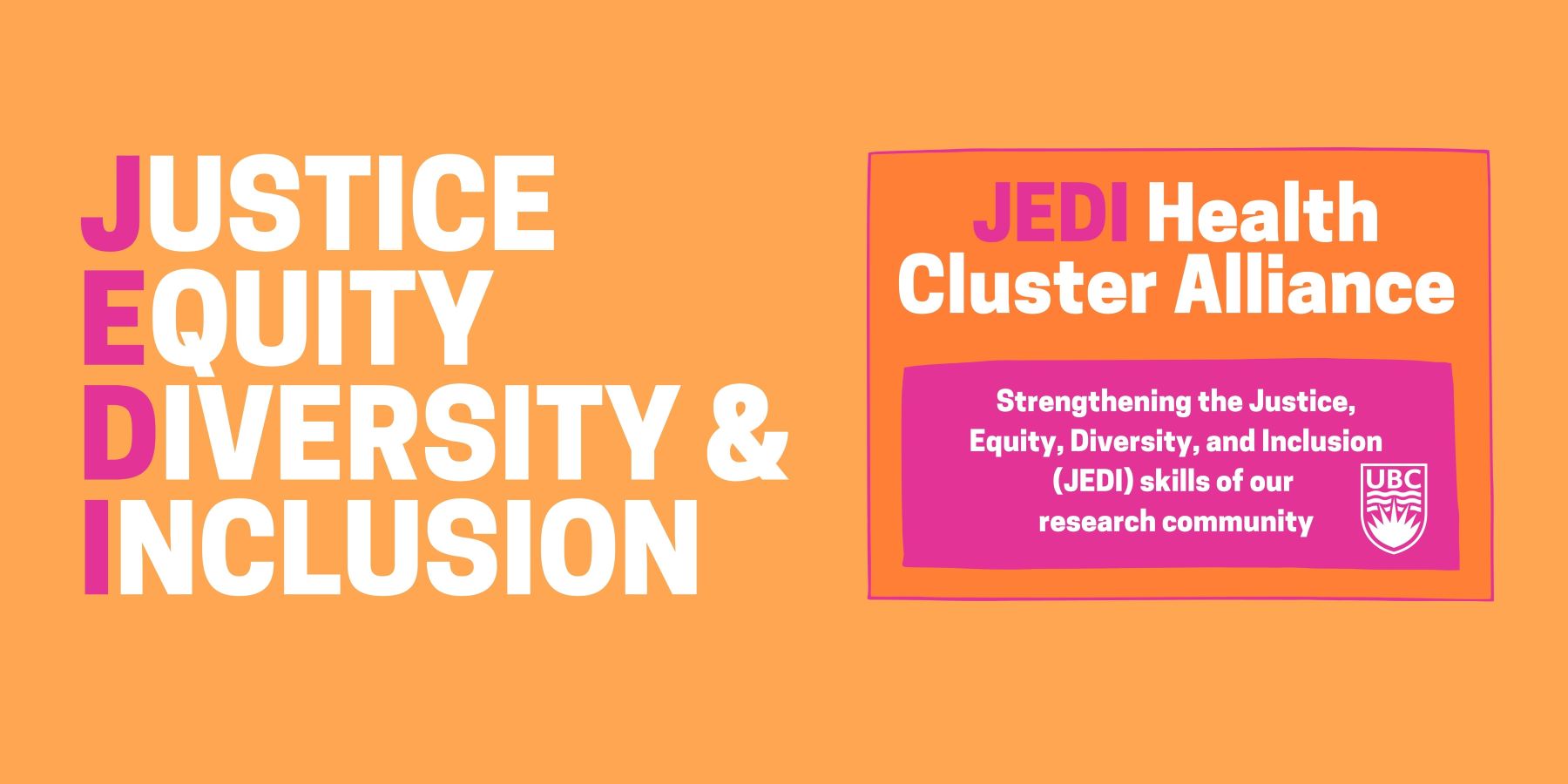 In 2021 CAIDA, alongside nine other research clusters at UBC, formed the Justice, Equity, Diversity and Inclusion (JEDI) Health Cluster Alliance.  The goal of this alliance is to learn about inequity and oppression in a post-secondary context, to investigate the strategies that the University of British Columbia and other institutions are using to combat various types of oppression, and to create change, starting within our Clusters.  Over the fall of 2021, the group has focused its efforts on 2 events: “Speak Up Community Building Workshop'' which was hosted alongside the UBC Equity & Inclusion office and “Building an Ethical Algorithmic World: A 3-Part Series.”

As an AI center, we were particularly excited about the events within Building an Ethical Algorithmic World: A 3-Part Series”: a screening of the film Coded Bias, Q&A with Coded Bias director Shalini Kantayya, and an expert panel discussion on algorithmic bias.

The Q&A with Coded Bias director Shalini Kantayya was particularly impactful. Coded Bias has the exceptional ability to resonate with both experts on the subject and individuals just being introduced to the subject area.  Shalini Kantayya was able to guide the discussion expertly beyond the topics introduced by the film and effortlessly juggle the diverse range of backgrounds and experience levels that made up our audience.  Perhaps most notable was the inclusive environment she created, saying “the things that make us insecure of being at the table are the very reason we need a seat at the table”: a statement that visibly ignited the passion in our audience to find the balance between our world’s rapid technological advancements and maintaining a “human code of ethics.”  Artificial intelligence is becoming intertwined into all of our lives; therefore, “developing literacy on these topics is so important to counter…false indications and [the] wild west of AI” or we’ll find that we’ve completely transitioned from a democracy to a “technocracy.”  Such foreboding imagery, both from the Q&A discussion and the film itself, has the ability to instill fear and self-defeat, yet the room was filled with nothing but the feel of community and inspiration. From including “courses like women's studies into programs,” to finding “better ways to integrate marginalized groups into AI,” there are countless ways to improve the integration of tech into our world.  The most important thing to remember is that “we all have biases, so we need each other.” All it takes are some “brave scientists, increased AI literacy, and engaged democracy [to] create massive change.”  She finished the evening off by saying “the cement is still wet in the technologies of the future”: Shalini Kantayya’s words were nothing short of hopeful and inspiring.  As UBC’s main AI center, we hope that Shalini’s words act as a catalyst and encourage more people to get involved in the ongoing discussions on algorithmic bias and other ethical considerations for our growing technological boom.

Our 3 part series concluded with an expert panel discussion on algorithmic bias: Marc-Antoine Dilhac (Canada Research Chair in Public Ethics and Political Theory), Aline Talhouk (Assistant Professor, Obstetrics & Gynecology, UBC), Mijung Park (Canada CIFAR AI Chair), and Blaise Agüera y Arcas (VP and Research Fellow, Google Research); moderated by Azim Shariff (Associate Professor and Research Chair, Psychology, UBC). This lively discussion seldom had a beat of silence as our experts weighed in on such a rich area in today’s climate.  Springboarding off of the base that Coded Bias and the Q&A formed earlier in the week, our expert panelist took that general topic of algorithmic bias and spoke of it at a high level, delving into the realities that industry and the academic community are facing and the ethical implications that go along with it.  We were fortunate to have the knowledge on our panel to delve into the topic from the perspectives of health and privacy, industry, political philosophy, and privacy-preserving machine learning.

“Building an Ethical Algorithmic World: A Panel Discussion with AI Experts” was recorded and can be viewed here.

CAIDA, alongside the JEDI Health Cluster Alliance, looks forward to continuing our journey to make UBC and the rest of the scientific community more inclusive.  We hope that you will join us in this journey and look forward to connecting more in the upcoming year!